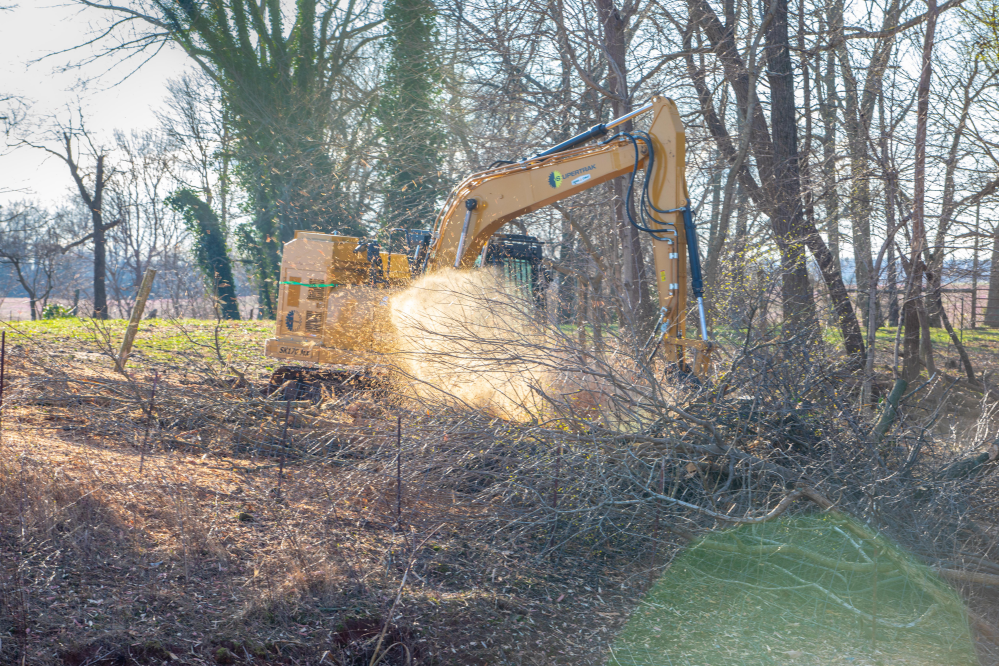 The middle of Texas Hill Country provides some stunning scenery – Heavily wooded hills, rocky cliffs, multiple rivers and streams. Great for locals and tourists, but a challenging environment for any kind of utility line repair or upgrade work. As San Antonio to the east and Kerrville to the north continued to grow, Bandera Electric Coop (BEC) knew the time had come to update a key section of transmission stretching 20 miles from Utopia to Leakey. It was built in the 1950s with an assortment of wooden poles and towers, and provided 69kV transmission – more than enough at the time.

In September 2018, it was time to update the section with 100-foot steel poles and upgrade the capacity to 138kV. Senior Project Manager Travis Golden scouted the line. Taking into account access, property owners involved, stream, river and highway crossings, distribution and other transmission lines in the way, Golden and the Mesa team prepared the best bid and got the work.

Of course, timing was tight. BEC and other utilities scheduled planned outages with ERCOT that required the new 138kV line go live no later than April 3, 2019. Once the existing right-of-way was cleared, Mesa got going. Closest large towns were San Antonio (two-hour drive) and Kerrville (90 minutes), so planning was critical. Timing of the work, drill rig placement, delivery of poles and other materials had to be virtually perfect.

But it never goes perfectly. The Mesa team was confronted with:

The Mesa project managers worked the issues. Attacking from both sides they drilled the holes they could while waiting for flood waters to recede. Then came a six-week period where all 98 poles, each weighing 6,000 pounds or more, were safely placed. This included one tall, 70,000-pound, four-part steel behemoth that took the better part of a day to set.

Once the poles were placed came the final stage of placing conductors and pulling the new lines. It took a total of four “pulls” to put the lines in place, the final two the most challenging. Crossing multiple highways, 1000-foot canyons and several rivers and streams, the new transmission lines were ready and in place to be energized before the April deadline.