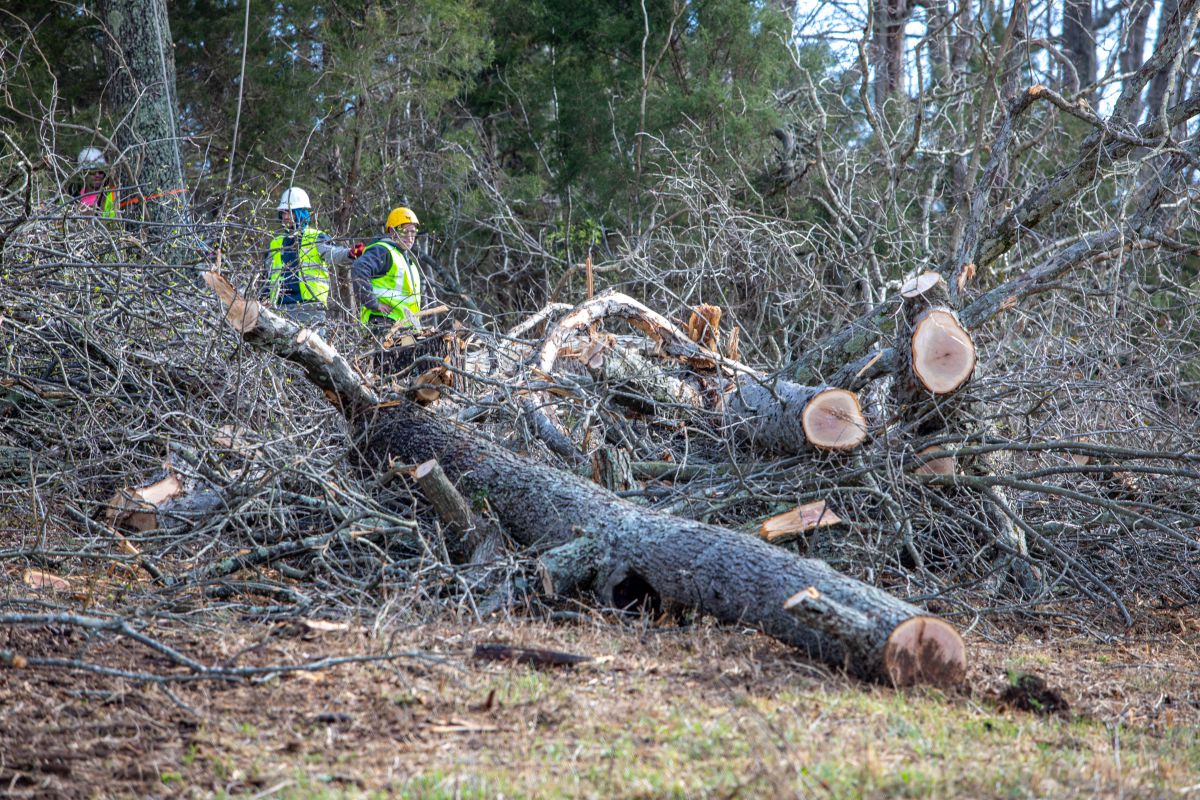 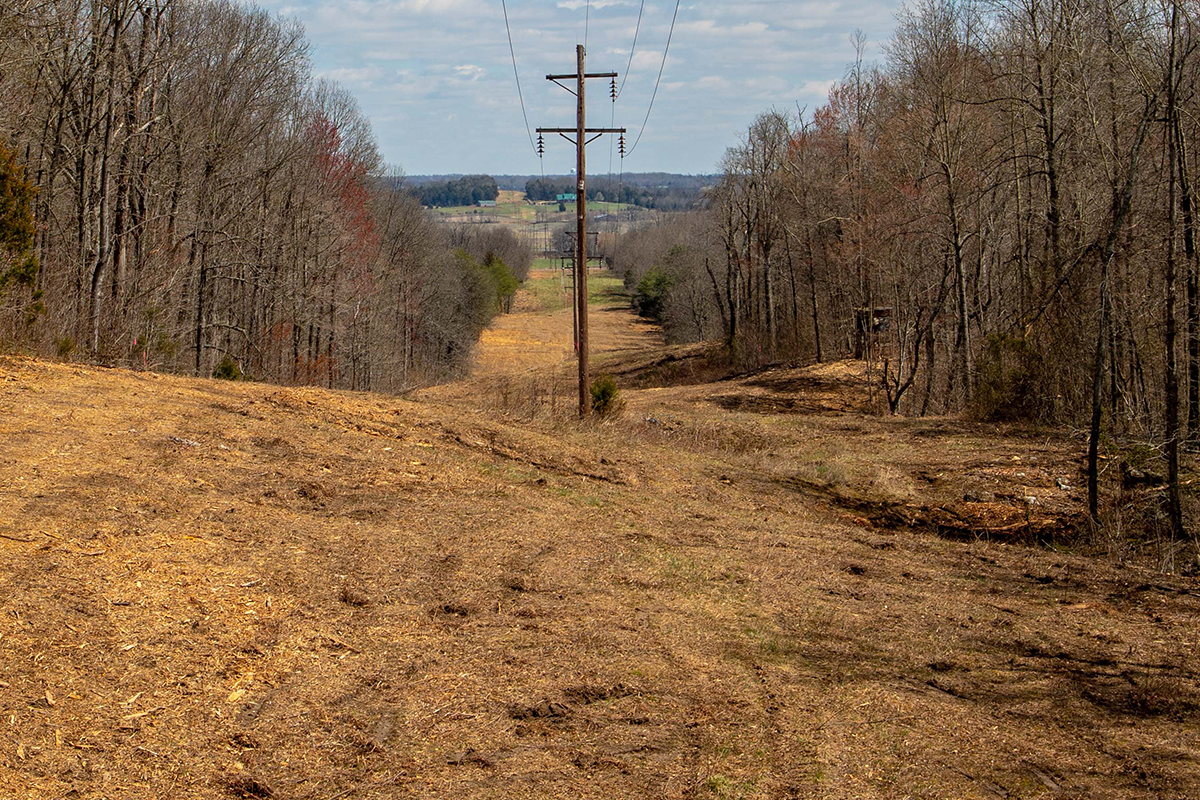 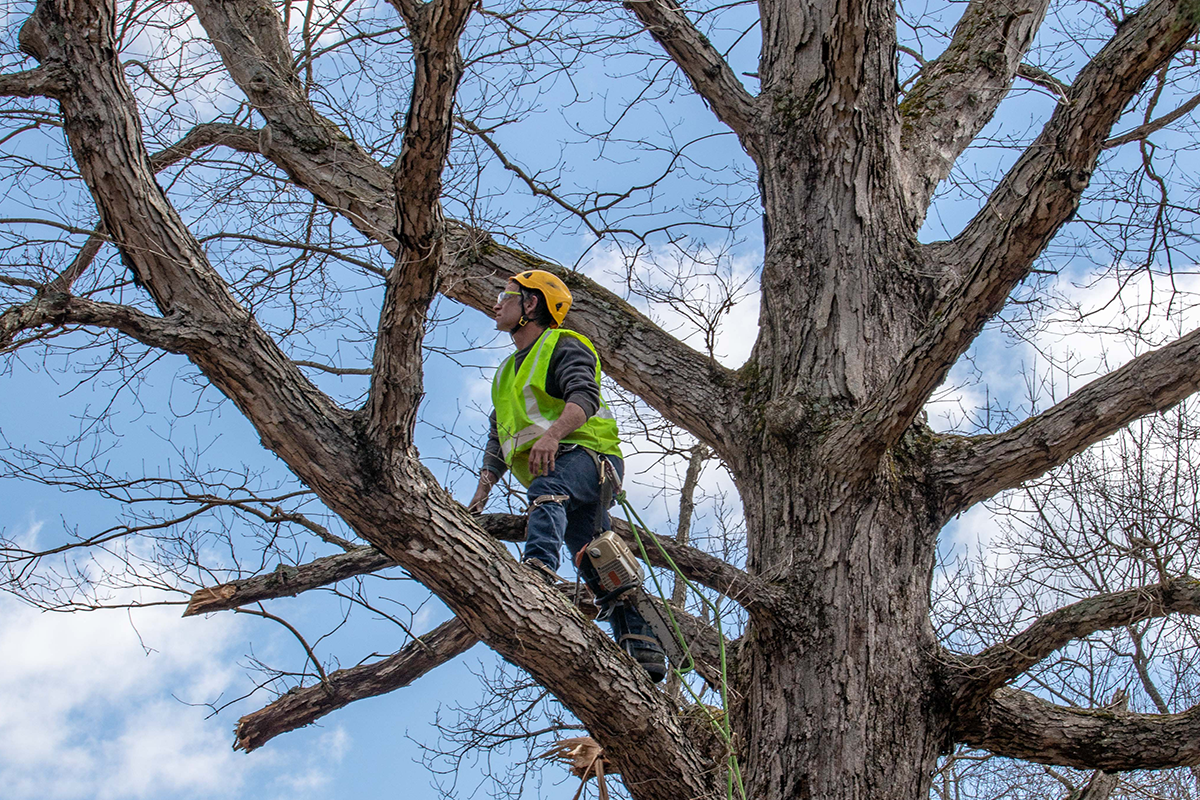 ProForce took to the hills and countryside of northeastern Kentucky to take on a challenging ROW project for EKPC – who was building a new 345kV transmission line. Although the ROW had previously been established, there were several other lines (of lesser voltage) in parts of it, and much of it was overgrown and had not been tended to in many years.

Complicating matters was the geography – steep hills, streams and rivers – and the transmission line would cross several major highways. Building access to this terrain was a significant challenge. ProForce had to work with numerous landowners to gain access for the project team that needed to take down large trees, remove them from the ROW and mulch them up.

Trees many times presented a multi-step problem, needing to be felled in an orderly fashion to protect existing transmission and distribution lines as well as landowner property. Workers roped up trees, using chainsaws to top them and trim limbs so large machinery could get in to finish the job.

Once EKPC had its lines in place, ProForce was on task to restore the ROW to normal, repairing and grading any terrain damage that occurred in the course of the line construction tasks. Once finished, the area south of Louisville near Elizabethtown had a significant addition to the grid, helping to ensure electric power to an ever-growing region.